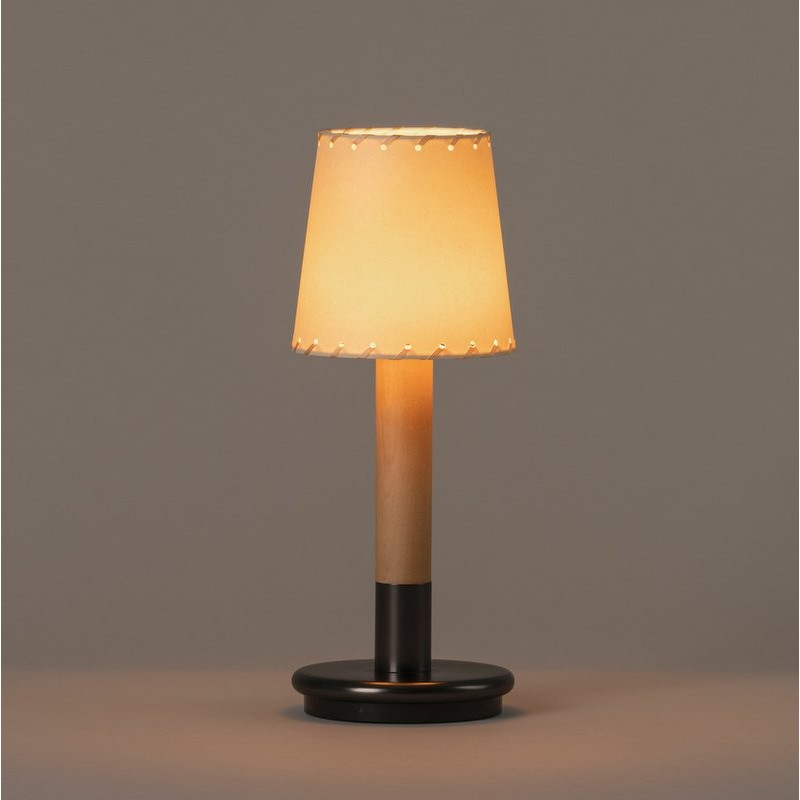 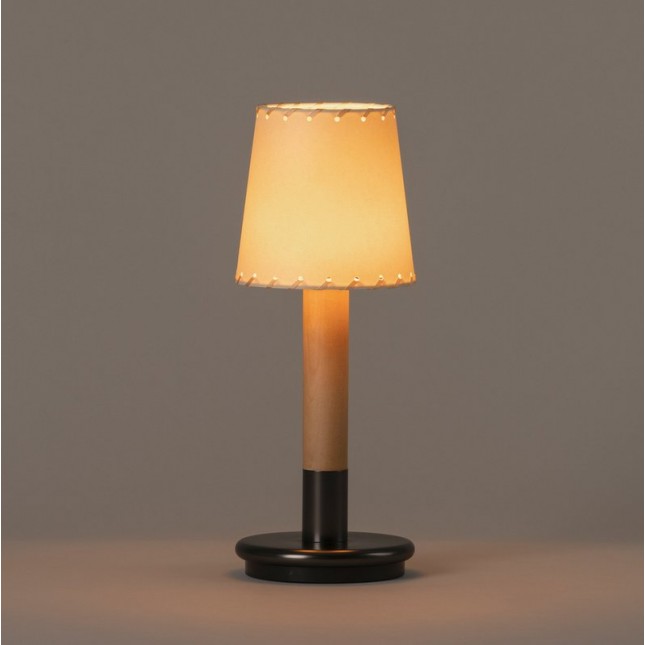 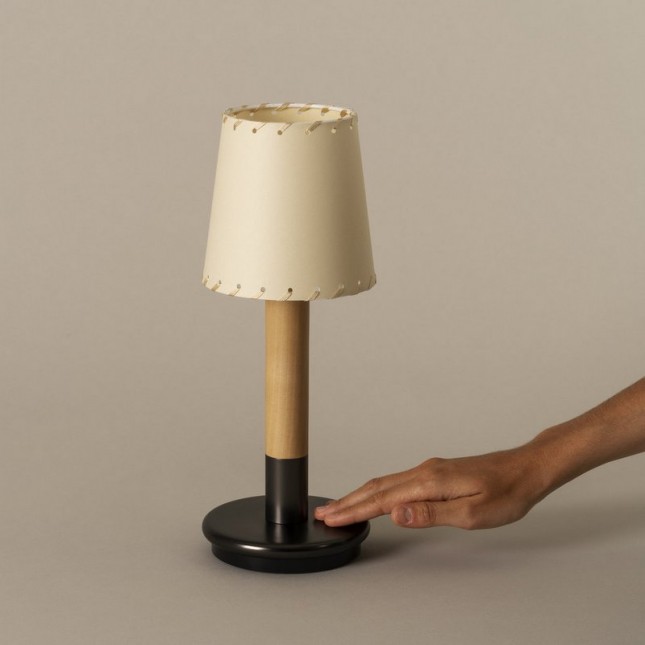 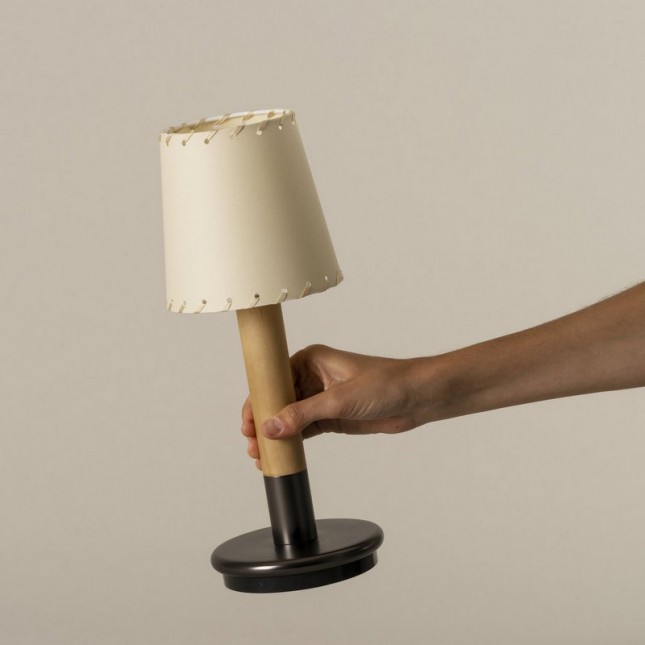 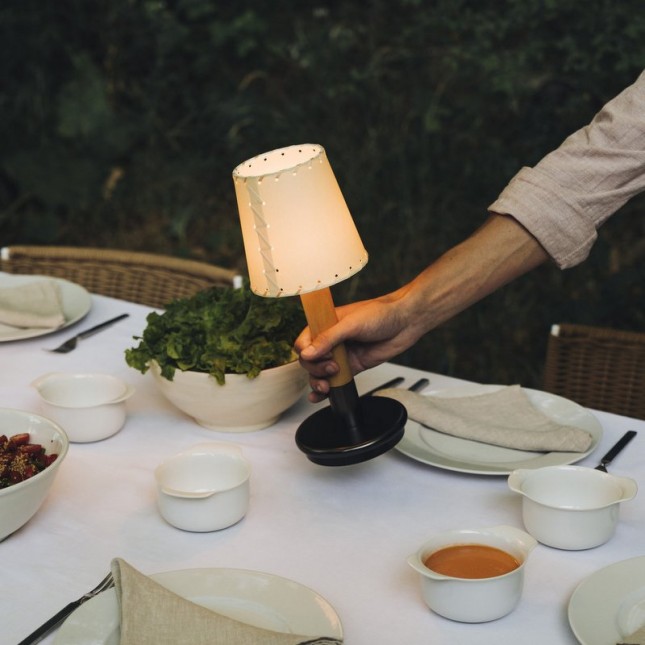 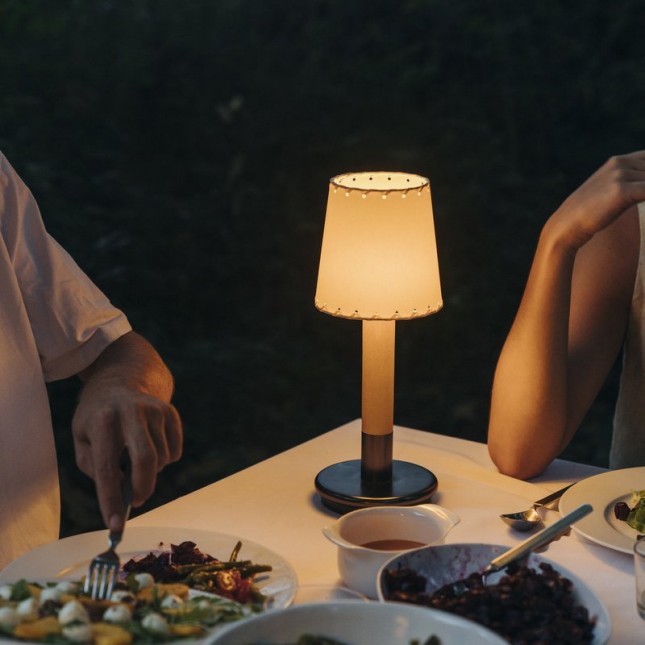 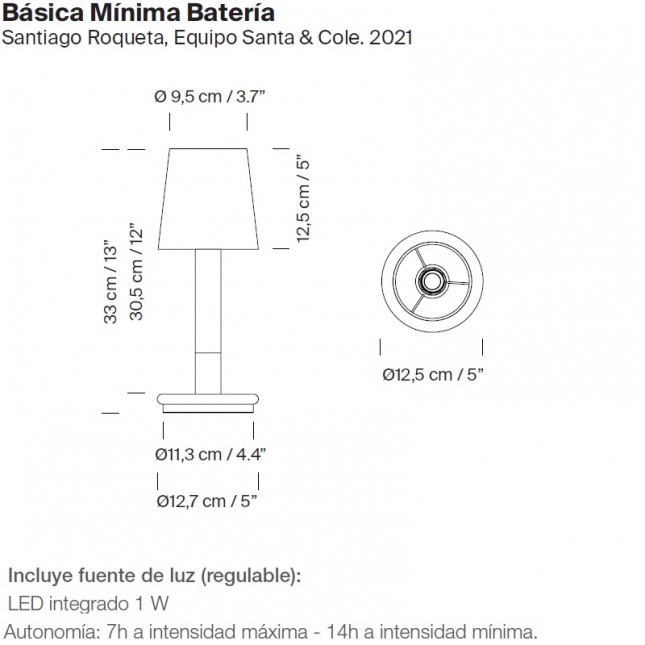 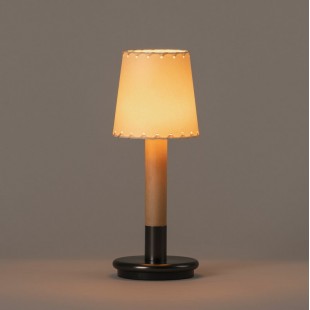 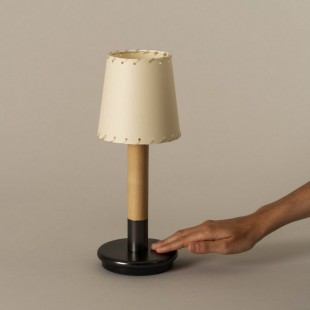 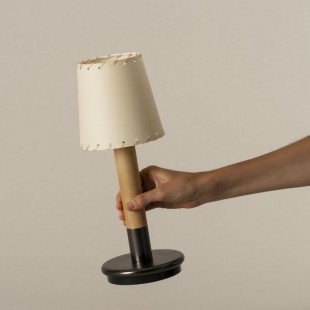 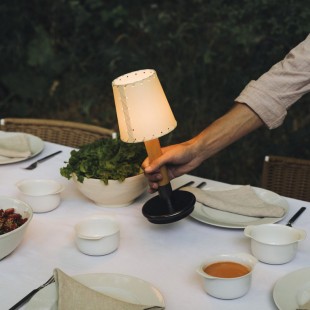 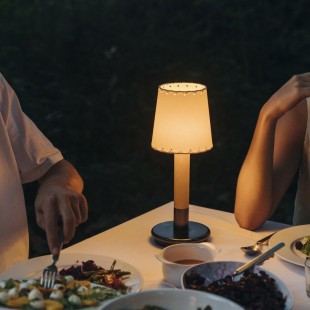 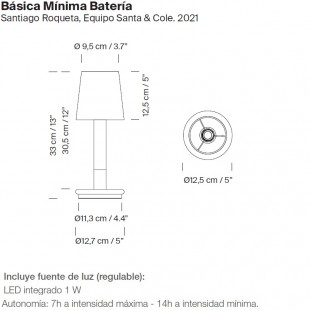 Básica Mínima Battery is the portable version of Básica Mínima. Its cylindric structure, made of birch wood, holds two lampshade options: pleated natural parchment and ribbon stitched. With a light touch, the lamp turns on and off, making it a light and practical companion.

Our payment method is totally secure

We ship throughout Europe with insured shipments

Our products are 100% official

Switch incorporated into the luminaire with 2 levels of intensity.

The Básica family has a new member, Básica Mínima Batería. An adaptation that proves itself portable, light, and practical. Like its original version, the cylindrical structure is made of birch wood and has two options of shade: pleated natural parchment and ribbon-stitched, both hand-assembled. The portability of Básica Mínima Batería is given in its circular base, finished in graphite, which by slightly pressing on it turns the lamps on and off.

Básica Mínima Batería maintains the essence of its wired version defending the most artisan modernity. Now with the practicality provided by the battery.

No customer reviews for the moment.

chat Comments (0)
No customer reviews for the moment.

Are you sure that you want to report this comment?

Your report has been submitted and will be considered by a moderator.

error Your report cannot be sent

Your comment has been submitted and will be available once approved by a moderator.

error Your review cannot be sent

8 other products in the same category: 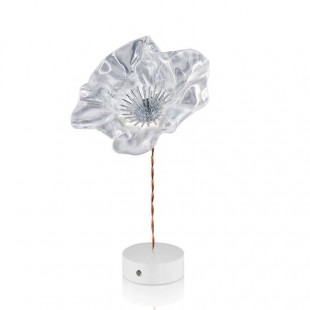 The delicate, delectable, and rechargeable Lafleur battery-powered table lamp is formed by heating Lentiflex® at a controlled temperature and...

It is a cordless, portable and rechargeable table lamp that allows you to adjust the lighting in four levels, ideal for indirect lighting both... 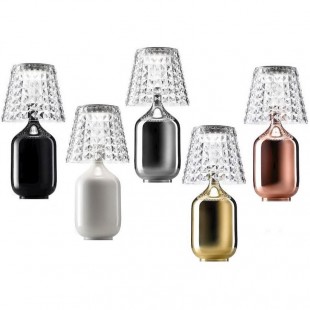 Table lamp with battery, dimmable and rechargeable. Available in 5 finishes. The luminous reflections generated by the prismatic diffuser... 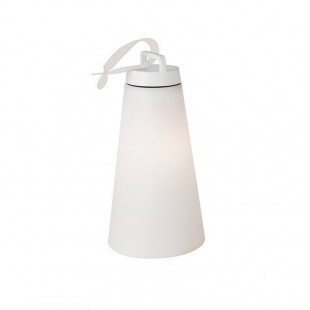 Cordless version of the iconic Sasha lamp. Thanks to its rechargeable battery, it offers a range of approximately 8 hours. Lacquered aluminum... 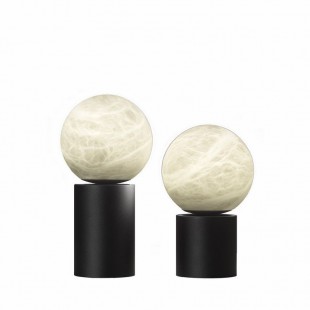 TRIBECA is a handcrafted collection that has a retro, elegant and minimalist air. Alabaster transmits great warmth and gives it a spectacular...

A piece, interactive nearby made in ceramic paste that brings a comfortable light at midnight. A rechargeable ceramic piece designed for POTT by... 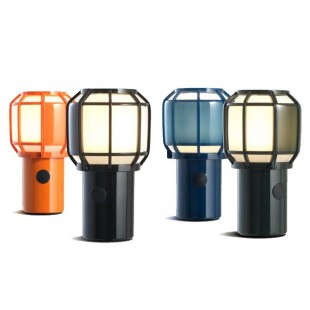 Chispa for Cupra it refers to the garage lamp, but of high quality with battery. Its structure is protected by a grating that rotates around the... 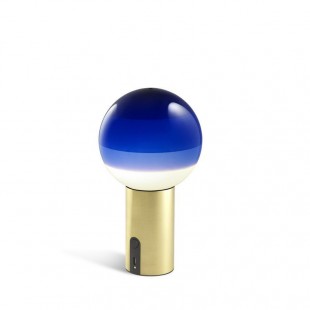 The new portable Dipping Light relies on a battery to forego the cable. It has a switch at the base and, like the other Marset portable lamps,...