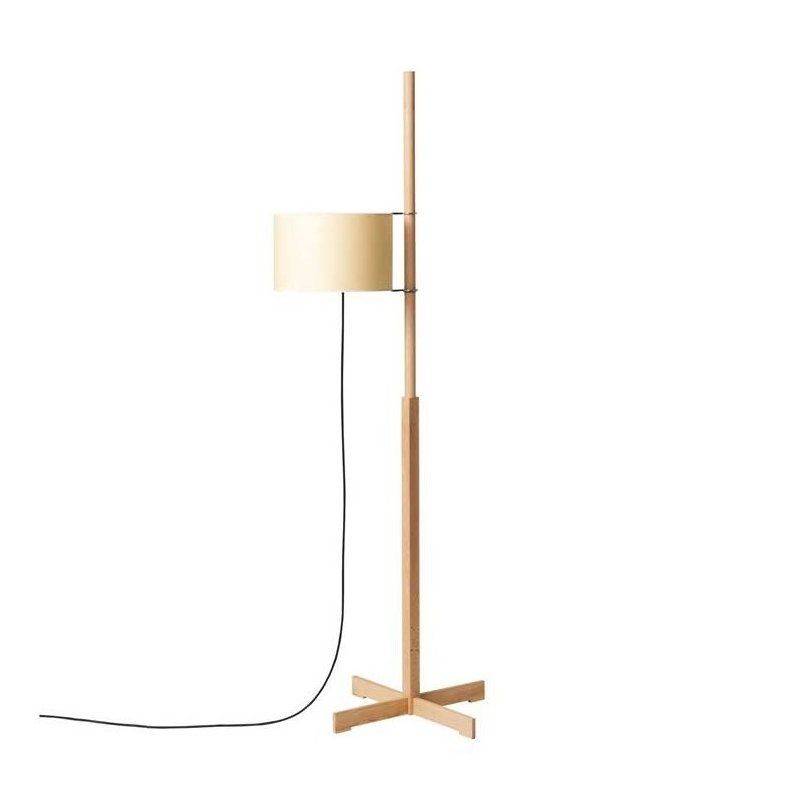 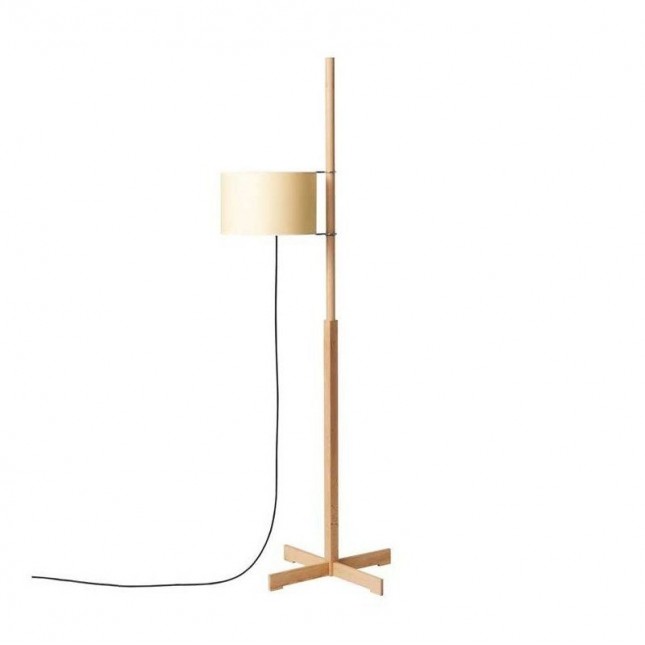 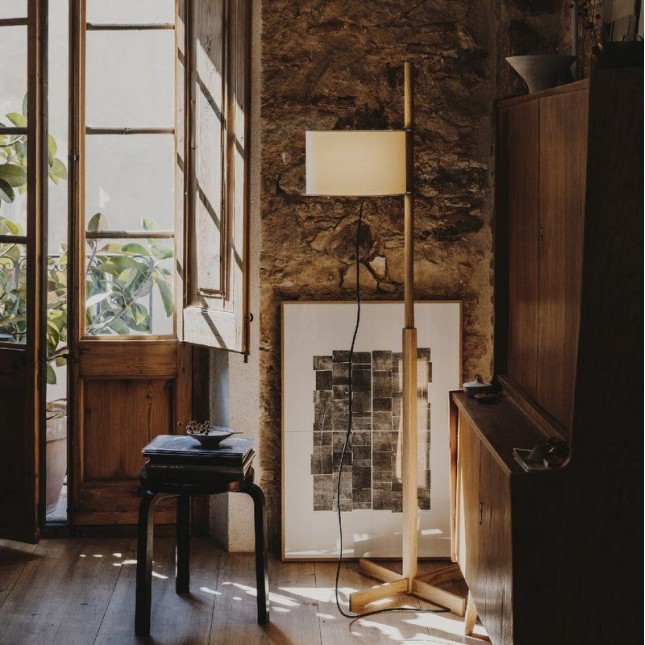 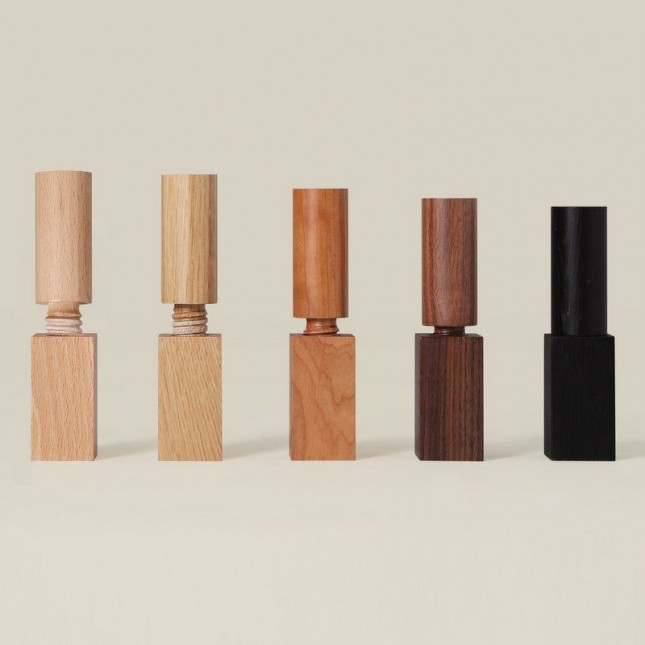 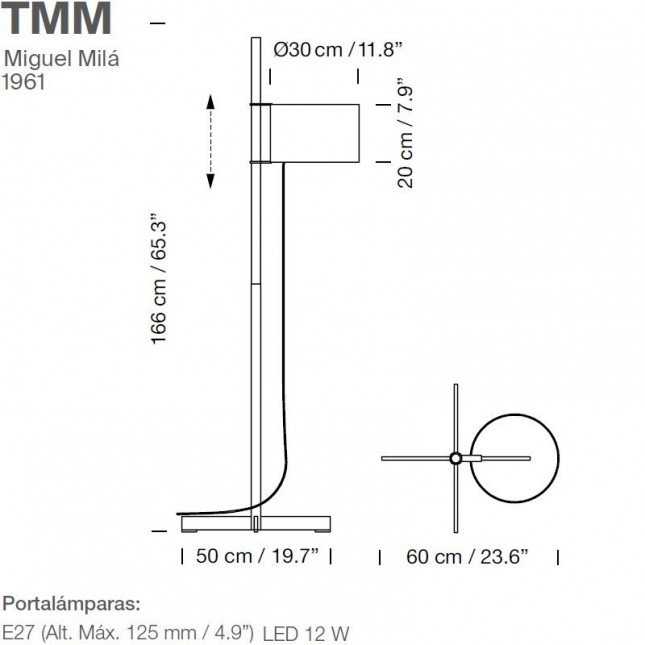 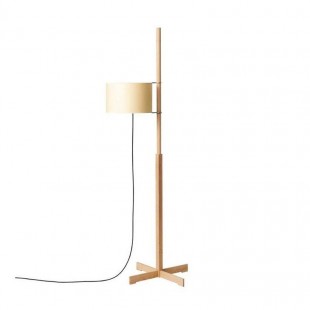 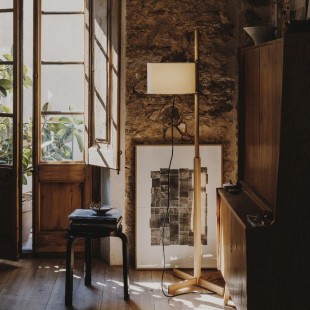 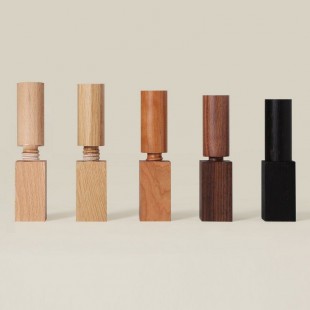 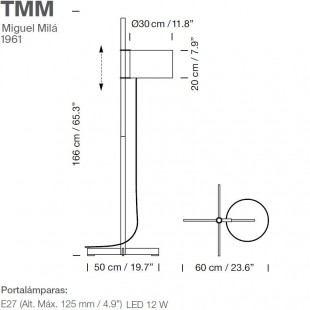 In a flourish of formal serenity and functional efficacy, Miguel Milá cleverly separated the three basic components of any lamp: the structure, the electrical parts and the shade. The light source rotates around the shaft and can be raised or lowered like a flag on a mast.

Our payment method is totally secure

Free shipping to the entire Peninsula

Our products are 100% official

Its depth lies in its simplicity

This is perhaps the most highly acclaimed piece from one of Spain’s leading pioneering masters of industrial design. This lamp was part of Miguel Milá’s first collection for TRAMO, the company he founded to produce his own work in post-war Spain. He dabbled in a profession that he would later go on to master, that of a pre-industrial designer, seeking convenient solutions with the technology available. Milá’s words, like his pieces, have an incredible depth that lies beneath their simplicity. TMM is the more laid-back version of the TM family, and features a wooden shaft.

In an exquisite demonstration of formal serenity and functional efficiency, Miguel Milá brilliantly separated the three basic components of any lamp: the structure, the electrical components and the shade, that are easily assembled and maintained throughout its very long life. And becomes ever more beautiful with time.

A cross-shaped base supports a square shaft that becomes circular in the middle, allowing the shade to be moved up and down. The shade’s height is adjustable via a rubber band stopper. A genuine lesson in intelligence and good taste, making minimal use of components. This was Miguel Milá’s first product that Santa & Cole re-released in 1986, 25 years after its creation. It comes in a range of five different woods for the structure and two shade colours, white or beige.

No customer reviews for the moment.

chat Comments (0)
No customer reviews for the moment.

Are you sure that you want to report this comment?

Your report has been submitted and will be considered by a moderator.

error Your report cannot be sent

Your comment has been submitted and will be available once approved by a moderator.

error Your review cannot be sent

8 other products in the same category: 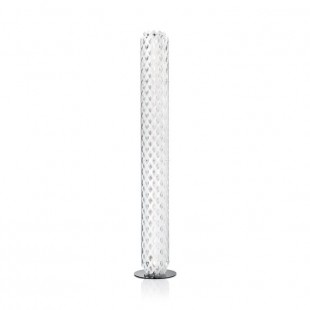 Charlotte’s sculptural shape seems to be molded from a singular, industrious frame, much like honeycomb with its impalpable elements. Its... 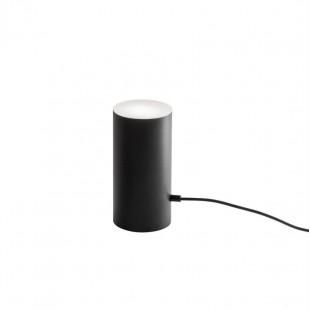 Floor lamp in a minimalist metallic style with a cylindrical structure.
On / Off switch. Design by Mermelada Estudio. 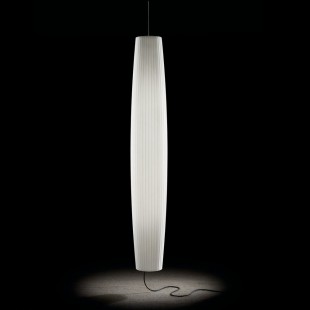 Maxi lamp, original suspension, fits any corner of your home, so can be placed at an entrance, a lounge, a step ladder, because the two types of...

Floor lamp with a minimalist design with a structure in light matt satin bronze completed with a triangular shaped white cotton fabric shade:... 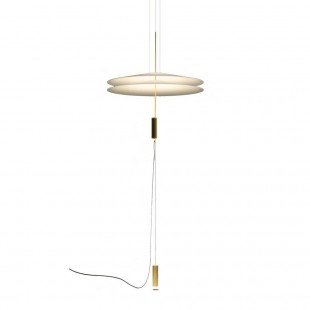 The designer Antoni Arola has created the Flamingo lamps collection for Vibia. A collection of pendant lights that provides an ambient light... 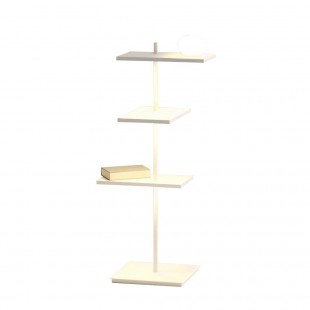 Suite is a floor lamp where functionality is multiplied, matter and light are integrated into one body. Suite houses various shelves and LED... 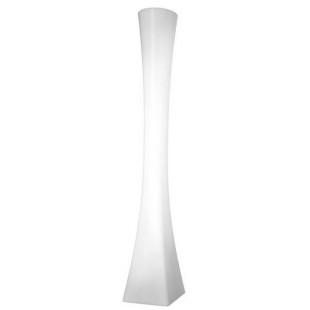 MASAI IN BY PUJOL ILUMINACION 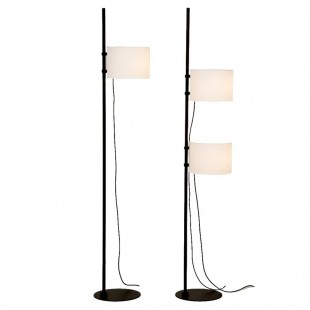 Twain brings us infinite combinations in the same lamp. With the possibility of one or two screens, its particular design allows to adjust the...